The Korea Advanced Institute of Science and Technology came second in the 2014 Asian University Rankings compiled by Quacquarelli Symonds and the Chosun Ilbo.

This is the highest placement ever achieved by a Korean university since the rankings were compiled for the first time in 2009.

Other Korean universities in the top 20 are Pohang University of Science and Technology in ninth, Yonsei in 16th, Sungkyunkwan in 17th and Korea in 18th. 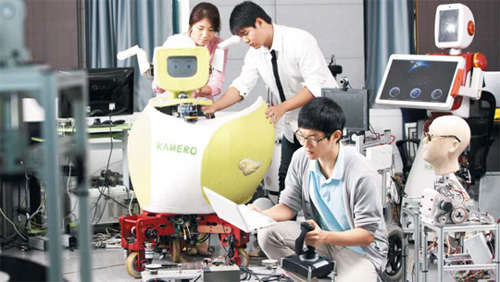 In its sixth year, the Asian University Rankings evaluated 491 universities in 17 countries.

SNU has been in fourth place for three years in a row.

This entry was posted in For U.S. Institutions, Info for Students. Bookmark the permalink.